Starting with a blue glow each evening, the hues changing through the night: we were watching Le Grand Palais des Glaces. They called it the largest indoor ice rink in the world. That might or might not be true but when we finally did go, it maybe numbered the greatest number of skaters on an indoor rink at once.

A handful of accomplished skaters arrived with their own equipment, stating their case against the orange fluorescence of the masses. One person was overheard to say “Ça glisse qua!”, that being the whole point of the exercise.

I, an avid non-skater, watched and tried to get something usable out of my camera. The crowd made it near impossible to focus on my family and our friends.

Joseph with his school mates César and his brother Paolo 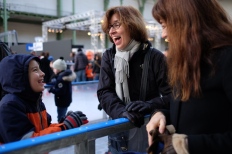 Yes, it is slippery!

Ferrero Rocher was the principal underwriter of the project. The excitement is for the chocolate ahead.

Paolo and his mother, Marion 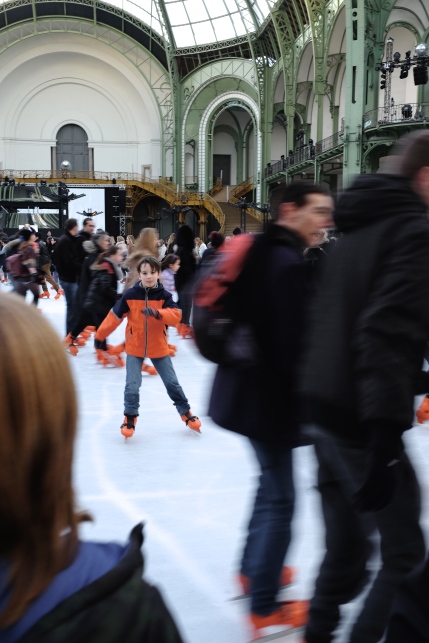 Antoinette and Marion find themselves with a little bit of space.